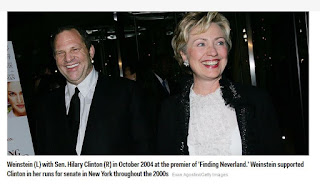 I couldn't believe it, .... Hillary has been a Republican, all this time!

Back to getting prepared for the tough times ahead.

The Deal
I'll make a deal with you, the leftist liberal, anti-gun, people of these United States. Heck, the World.

You give up your right to speech, and I'll give up my right to own a firearm.

That's right. You can't publish a newspaper, write a magazine article, start a blog, send a letter to your elected representatives, run for office, make a movie, write a novel, stand on a soap box and shout into the gather crowd. Nothing, nada when it comes to the First Amendment to the Constitution of these United States.

And, ... I'll give up my guns, all of them. The magazines and ammunition, too.

Yeah, ... I knew you wouldn't do it because you know the power of speech. The power to rally people to your cause, to bend the crowd to your will with a few chosen words.

The power that I would use to destroy your ideology of appeasement, giving in to the murders, rapists, dictators, and mass murders of my peoples.

Plus, ... You know in your heart that you can't stop me because I have technology on my side, an inventive mind, and the patience to scrap a turkey bone into a dagger, so I can kill you.

And, ... That's why you have armed guards surrounding your homes, places of business, halls of government because you know the true value of a firearm.

It's not about hunting, target shooting, or anything else.

Firearm Ownership is about the power to say, ... "Fuck Off, Tyrant"

Blackness
You know me because we've played this game before.

Every time you see white change it to black then think how much outrage the media would have.

Danegeld
Rudyard Kipling expressed the sentiment, a long, long time ago, in this poem

I'm waiting for the day when one of the belligerents detonates an EMP device, taking out one of their opponent's server farms then it'll be a little more interesting.

Innocent
Did you notice, the writer never assumes the accused are innocent until proven guilty by a court of law?

Jerusalem
With so-called famous people, like Bella Hadid, joining protesters around the world. We have to remember the history of this conflict.

First, folks have been manipulating the Jews for centuries. Depending on the time period, one ruler would want the Jews while another ruler would expel their Jews.

This went on for centuries, until someone, the name escapes me, suggested providing the Jews with their traditional homeland, in Palestine. Needless to say, many people didn't agree with this solution, when first suggested, until after the Nazis' failed Final Solution.

Fast forward a decade and Israel becomes a state recognized by only one country, these United States.

Now, with these United States finally recognizing Israel's right to claim this city as their capital, some people still want a do over.

Math
Folks, you need to get on the phone, on the internet, and everywhere else and get people to help make 60 ayes!

Pay Attention
Folks, I hope you're learning from this event.

A canal between these United States and Mexico, a big canal.

Service
If you expect for folks to risk their lives for you and your family, you better be ready to pay them for their efforts.

If you don't, their replacements won't.

Testing
Biological warfare is a real threat facing our countries. Failing to evaluate, test, train, and do the other important things is criminal.

When government agencies want to do these reasonable drills, we should allow, with caution.

It might be a good idea to move some of the better parts out of D.C.

The only problem, there aren't any 'better' parts.

"... it’s giving the government a powerful tool to spy on its people."

"The hidden agenda in the so-called tax reform bill is to act as stop-gap quantitative easing to plug the “liquidity” hole that is opening up as the Federal Reserve (America’s central bank) makes a few gestures to winding down its balance sheet and “normalizing” interest rates. Thus, the aim of the tax bill is to prop up capital markets, and the apprehension of this lately is what keeps stocks making daily record highs. Okay, sorry, a lot to unpack there."

"Guess why cops get weird and cynical."

"The base assumption of the armchair generals and foreign policy experts is that war on the Korean peninsula is suicide for all involved. The South Koreans know that the North Koreans have the capacity to inflict massive damage to South Korean cities. The North Koreans know that any war with the South brings in American air and sea power, which means the end of the Kim regime. Even assuming the Chinese step in to prevent a North defeat, the end result is monstrous for all concerned. As a result, we have a standoff."

"Over-investment leads to overcapacity that devalues whatever is being produced.

This leads to a counter-intuitive result: over-investment destroys capital." 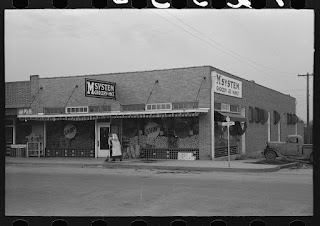 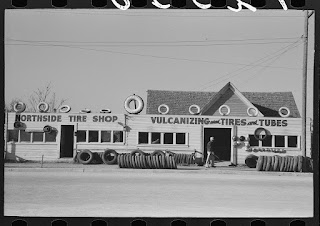 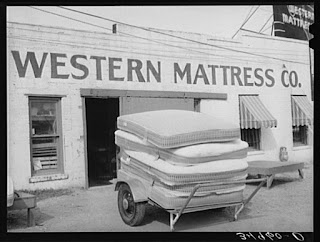