The Adventures of Stedman and Oprah, Part Two


Over Dinner
As Stedman finished setting the silverware in place, on the linen napkins, Oprah walked in carrying their dinner of salmon steaks, wild rice, and asparagus. After setting the plates on the table, Stedman pulled out her seat, and walked around to his spot, as Oprah sat down.

Sitting down, Stedman started saying grace for them. Finishing, Stedman then complimented Oprah on the meal then asked "O.K. O, what's the scoop?"

"There is some research about the possibility of losing the nation's power grids through a natural or human-made event and its effects on these United States population. Depending on who is being interviewed depends on the affects. Some researches believe it would be a limited event with the ability for other regions to assist the effected area while a few others say the whole world would be affected by the event with very little outside assistance for any effected area."

Posted by Someone You Know at 6:30 AM No comments:

Email ThisBlogThis!Share to TwitterShare to FacebookShare to Pinterest
Labels: fiction

The Adventures of Stedman and Oprah


Oprah Winfrey
I have always wondered what it would be like to be interviewed by Ms. Oprah Winfrey about preparedness. Which subjects would we cover in the interview? Would she ask about firearms, a controversial subject? Talk about economic tough times, an electro-magnetic pulse event (EMP), or other scenarios. Lastly, would she print a few hundred copies of "Prepper: Surviving the Tough Times Ahead," signed by me and her, to give to the audience?

Of course, these questions lead to what kind'a preps Mr. Stedman Graham and Oprah would make for tough times.


The Near Past
Stedman Graham lay in bed thinking about the love of his life. Their's was a complex relationship intertwined with politics, mass media, corporate affairs, and an undying love for each other.

In other words, they were happiest when they were alone, together.

The bathroom light turned off, as Oprah padded softly to the bed and threw back the covers sending a cool chill across his naked body.

"I love you too, sweetheart. Now jump in bed and get me warm, ... again.' he exclaimed.

Giggling, Oprah slipped off her robe revealing her favorite purple cotton fleece pajamas as she climbed into bed with her partner.

Snuggling close, Oprah looked into his eyes and said, "I've been thinking ..."

Stedman sternly cut her off "No, we're not getting married. I am not going to have lawyers ..."

"Not that silly. I've been talking to some people about some things, important things." she said cutting him off, too.

Seeing the concern in her eyes, he stilled and readied himself for the flood of information because he had seen her interviewing and deducational skills over these many years.

"Did you know that these United States has only three power grids, and that these power grids can be interrupted by various methods, such as terrorist attacks, solar flares, and other, simple, methods?" she asked.

"Did you also know that the government has no formal plans for responding to this disaster?" she asked.

Again he replied, "No"

"Did you also know that, according to some experts, three-quarters of the people living in these United States would be dead in less than one-year from a nationwide blackout?"

Looking at her with concern, he said "No, I didn't."

"Did you also know that we could lose everything if this event happened even if we were visiting the school in South Africa?"

Sceptically, Stedman answered, "Darling, that's had to believe. Together, we have five houses, ten cars, retirement accounts worth millions, access to billions of dollars of contacts and influence, and ...

He paused, then gazed in to her eyes and said, "We would still be together and I would love you even if we were poor." as he kissed her lips, smelling the scent of their favorite toothpaste.

Breaking the kiss, Oprah said "I've interviewed over ten people about this." pausing, she continued "You remember Ted Koppel?"

Nodding his head, Oprah continued "He's writing a book. The book is about the venerability of the electrical grid. Even though it comes out next year, he sent me an advanced copy to read."

"I've read about him. Isn't he one of those alarmist journalists? Stedman asked.

"No, you're thinking of Dan Rather." Oprah laughed. "Plus, I have talked to some other people that confirm what Ted is saying in his book."

Stedman, talking over her, said "But he's a nutcase, that cult he's a member of and those British SAS guys, he's been training with for those two movies "Oblivion" and "Edge of Tomorrow" have him convinced the world is coming to an end, tomorrow morning."

Slightly raising her voice "No, he gave me secret government reports that support what I've told you. And, ... confirmed what my other interviewees have told me about the electrical grid."

Getting quiet, Oprah replied "Secret government reports that Ted Koppel was able to confirm were authentic because he had declassified copies provided from one of his sources, Wisconsin Senator Ron Johnson."

"Ouch! You win." he replied then asked "So what do we do about this?"

"That's why I'm talking to you. I need to do more research, but I don't want to use the usual research assistants, too many loose lips"

"In other words, you need deniability." Stedman stated in reply.

"I knew; I loved you for a reason." Oprah giggled as she snuggled closer.

"O.K., I'll ask around the office, for you, tomorrow." as he turned out the light, giving her one of the things she found most important in him, understanding.


D-day minus One Year
Walking into the kitchen, after work, Stedman found Oprah grilling two salmon steaks on the indoor grill for dinner. Patting her on the butt and kissing her, as he walked by to grab a beer; he asked "How's the research project going?"

"Fantastic! The four guys and gals you hired are coming up with some interesting information."

"During dinner, darling." Oprah answered as she took a sip of wine and patted him on the butt.

Email ThisBlogThis!Share to TwitterShare to FacebookShare to Pinterest
Labels: fiction

Friday's Thoughts and Other Stuff, on a Saturday (Magazine Math, Part Two) 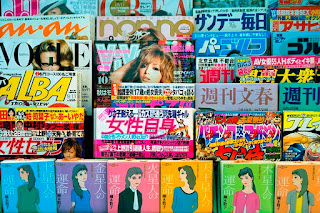 Costs
Needless to say, most things in life aren't free ; - )

In this picture, you're going to spend about $550 for the lot. Of course, you might be able to purchase a different pistol for less money. Such as the Canik TP9v2, Tam from View From the Porch tested in late March.


But, that pistol only comes with two magazines. Plus, you will need to find a source for more magazines.


The above picture will cost another $50 to $60 for the two additional magazines.


And, ... The additional seven magazines (3 with the pistol and seven others) will add another $150 to $200, depending on where your purchase the magazines.


Sources for Magazines
I've bought magazines from a few places. One time, I bought a magazine from the gun range, ouch.

Hey, ... they have to make a profit to pay for the really nice range, staff, and other stuff.

Another source, from my supplier page, is ineedmoregear.net. They have great service and competitive prices. I have been happy with them.

But, ... I almost always shop around.

Another source is CDNN. They also have great prices and wonderful service.

I have only had one problem with them. They sent me a used Glock 21 magazine by mistake. The return shipping set me back $5.95 (USPS Flat Rate Postage), so it cut into my savings.

The other two 'Big' sources for magazines are Brownell's and Midway USA. I have purchased other stuff from both of these companies and found them to have great service and good prices.

But, ... Like I said; I usually shop around for the best price.

Lastly, you can also purchase magazines from the firearm manufacturer, usually the most expensive option : - (


Gun Shows
Now, you may notice; I didn't mention gun shows. I have a problem purchasing a critical item from someone that I'll never see again.

For a beginning prepper, stick with quality, factory magazines, purchased from a quality supplier.


Ammunition
Like magazines, ammunition is sold all over the internet.

My favorite source is Ammoman.com. Hey, ... they're on my supplier page. They have great service and competitive prices with 'free' shipping.

Another source is Luckygunner. A lot of folks from the internet like them for their associate program.

Bulkammo.com is another possible source for your ammunition needs, too.


Ibid, Kind'a
I usually purchase ammo from Ammoman. Like I said, great prices and wonderful service. I have also bought cartridges from Luckygunner. They were great too.

However, ... I haven't purchased ammo from Bulkammo, the local gunshop, or shooting range.

Lastly, the last time I purchased ammunition from Walmart; it was 22LR ammo at 92¢ for 50 rounds.


Disagreement
Some folks are going to disagree with my suggestions about the number of magazines for a rifle and pistol since they are critical components.

Hey, ... It's your money. You spend it on what you want. You want fifty magazines for your AR-15 rifle; buy fifty magazines. Just don't forget the food ; - )


All My Family Needs
Lastly, a word of warning.

There are some folks out there planning to take what they need, so they are only stocking guns and ammunition.

In the beginning, it might work, but later on, it's going to get ugly. 'Cause folks are going to start to hunt down villains. It's what always happens.

Remember, the 'good' guys out number the 'bad' guys!