It would be better to have ten magazines for each of your family's pistols and twenty for each semiautomatic rifle.

At $20 per pistol magazine and at least $10 for an AR-15 rifle magazine, now you know one of the reasons why I suggest a .357 magnum revolver and the SKS rifle in Prepper: Surviving the Tough Times Ahead for your family.


Parts of a Magazine
There are basically four parts to a magazine. 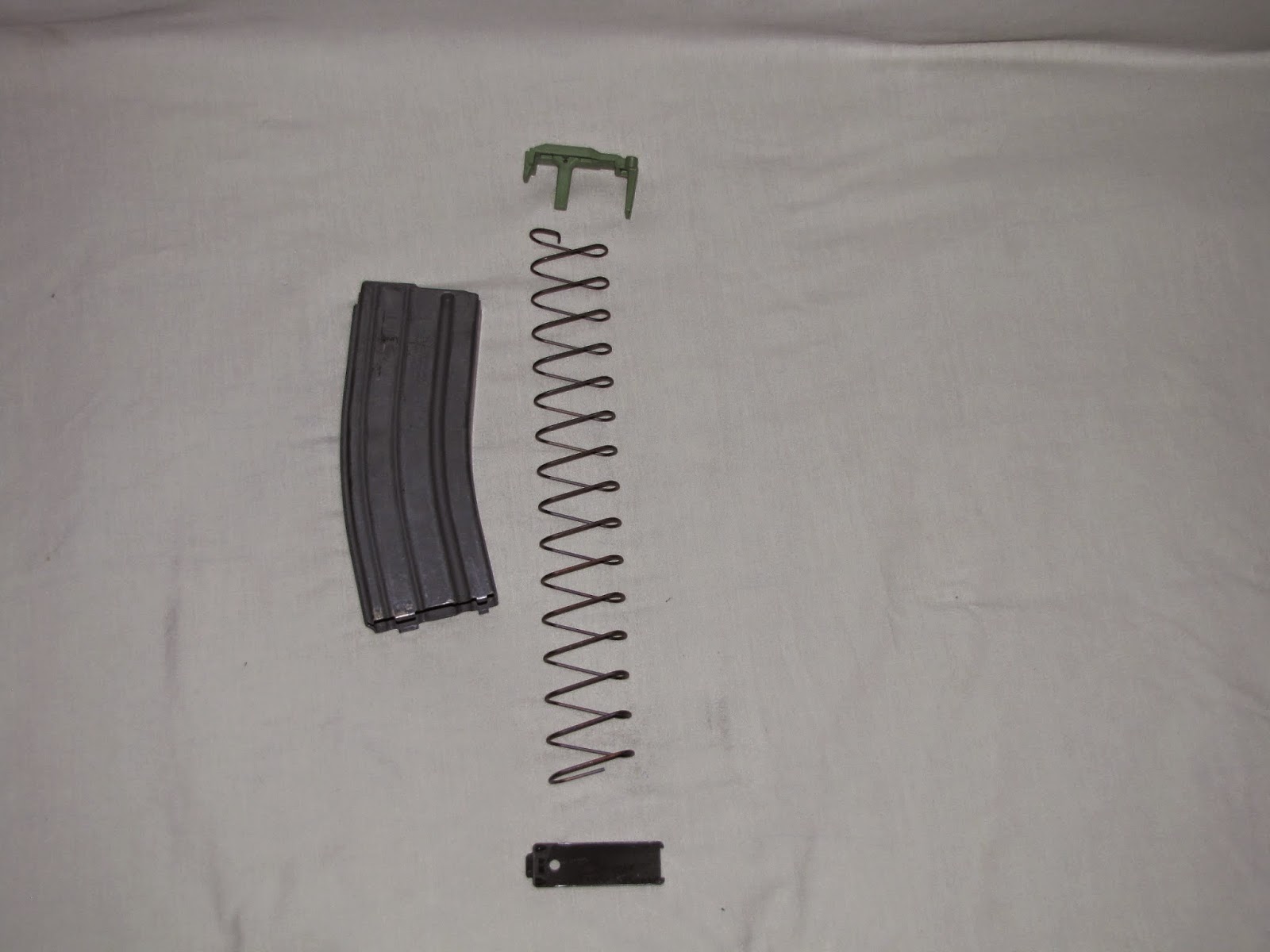 
The Law
Depending on where you live will determine the capacity of magazines you may legally purchase and possess. There are serious penalties for failing to comply with these laws.

But, ... You may be able to legally own 'repair parts' for magazines; you can't legally own.

Now, let me warn you. If you live in a state that prohibits your freedom to own standard capacity magazines, you can't assembly these repair parts into a magazine, depending on the law. You may even have to store the repair parts in separate containers.

Needless to say, if you go this route, you, your partner, friends, and other family members need to be registered to vote.Talking to others about these repressive laws and the politicians that support them. Making sure you vote on election day.

Supporting groups that are challenging these oppressive laws, such as the Second Amendment Foundation.

Lastly, ...
Tomorrow, I have another article about ... Magazines